We took a trip to the Shenandoah Valley in Virginia a couple of weeks ago. A side trip just a few miles off Interstate 81 at Dayton, Virginia, took us to a land which felt like another time zone deep in the heart of the valley. This was rural old-order Mennonite farm land and we seemed to go back in time several centuries; idealistic, scenic and surreal. The purpose of our visit was to stop at a country store which carried a collection of shape note hymnals. 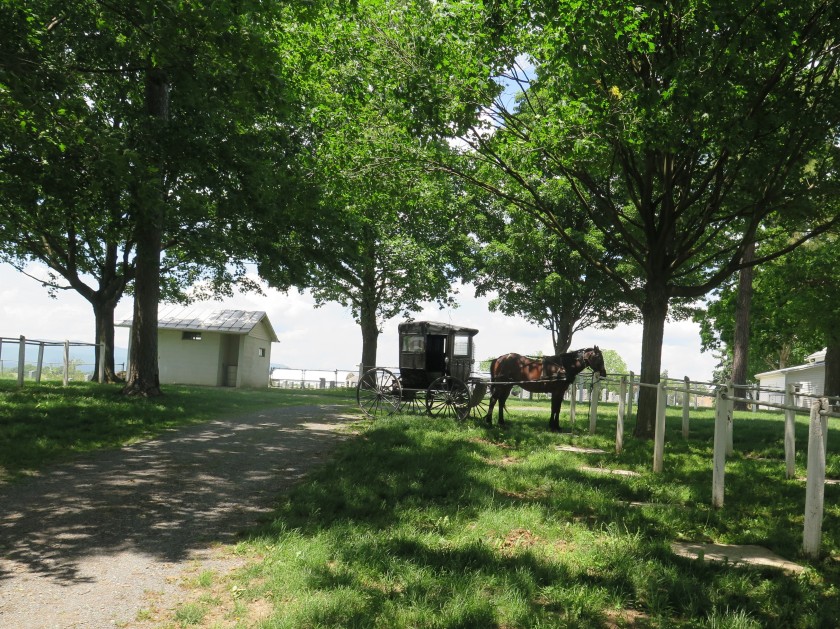 What is shape note singing?

Shape note singing was developed in the early 1800’s as a way to teach common folk how to sing music without having to learn to read music with complicated music keys and terminology. The song books were often written for “singing schools” or Sunday schools and congregations as hymnals.The note heads for each pitch was a different shape; therefore, a person only had to learn the scale pitches irrespective of the keys. The first shape note song book was published in Philadelphia in 1801 and was called “The Easy Instructor.” It had four shape notes:  fa, sol, la and mi.

Joseph Funk, the grandson of the first Mennonite Bishop in the United States, moved to the Shenandoah Valley in 1804 at Singer’s Glen near Harrisonburg, Virginia. Here’s the view of the West Virginia mountains he probably saw from his home. Funk published many shape note singing school manuals including one in 1832, “Genuine Church Music.” Later additions became, “Harmonia Sacra,” the oldest continuously printed hymnal published in America.

Originally shape note songs were written in a 4-note pattern. Funk decided that this was “too worldly” for the Mennonites and started his own seven-shape system. The songs in this hymnal are listed by their tunes names. Here’s one I recognize, “Resignation.” It is a beautiful and haunting melody.

Shape note music and publishing companies thrived throughout the south in many states and many religious denominations. And shape note singing, or sacred harp singing, has undergone a revival and renewed interest in recent years. Shape note clubs are found throughout the country. In the old-order Mennonite communities, shape note hymnals continue to be used in church services, unaccompanied by pianos or organs. 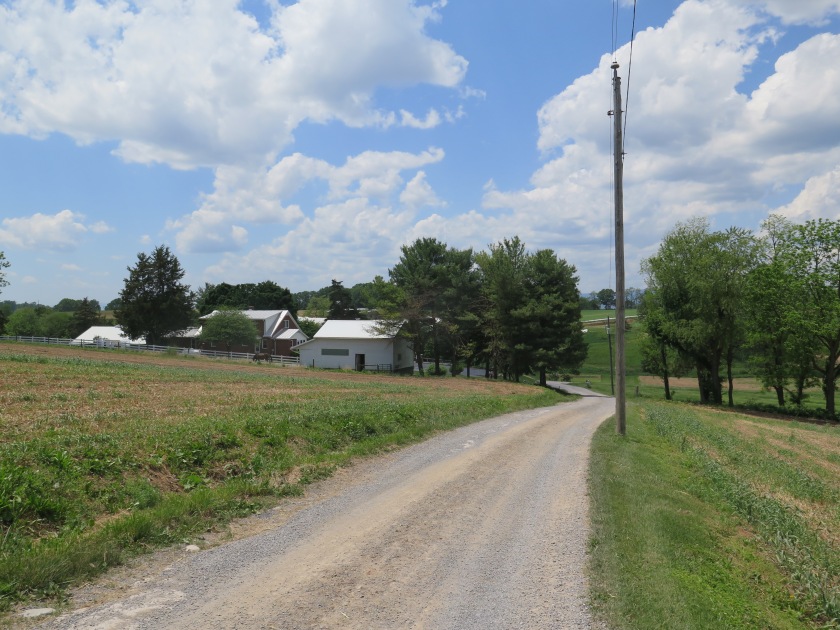 The reason for our visit to the countryside of Dayton, Virginia, was to visit a country store operated by a Mennonite couple. It was down a gravel road. The store carried supplies, fabric, clothing and books patronized by local Mennonite farmers. I was interested in the Mennonite hymnals which were written in shape notes.

I got on the subject of shape note singing with an family friend with whom we were visiting. Our friend belongs to an old order Mennonite congregation (won’t allow her photo to be taken) and was well aware of shape note singing because this is what she learned in Sunday school. The Hymnal “The Star of Bethlehem” is the song book she grew up with and it continues to be used in her church.

I thumbed through the song book and found many songs that I was familiar with. Here is one that our dulcimer group plays, “The Happy Land.” In this song book, each part – soprano, tenor, alto and bass are written on different lines. The tenor part is written on the top line and the melody for soprano on the next line. You have to pay attention to what you are doing.

I transposed the song for the dulcimer. Here’s the song transcribed to Key of D.

Enjoy this music and a step back in time!

Leave a Reply to Maylee at Beyond Gumbo Cancel reply