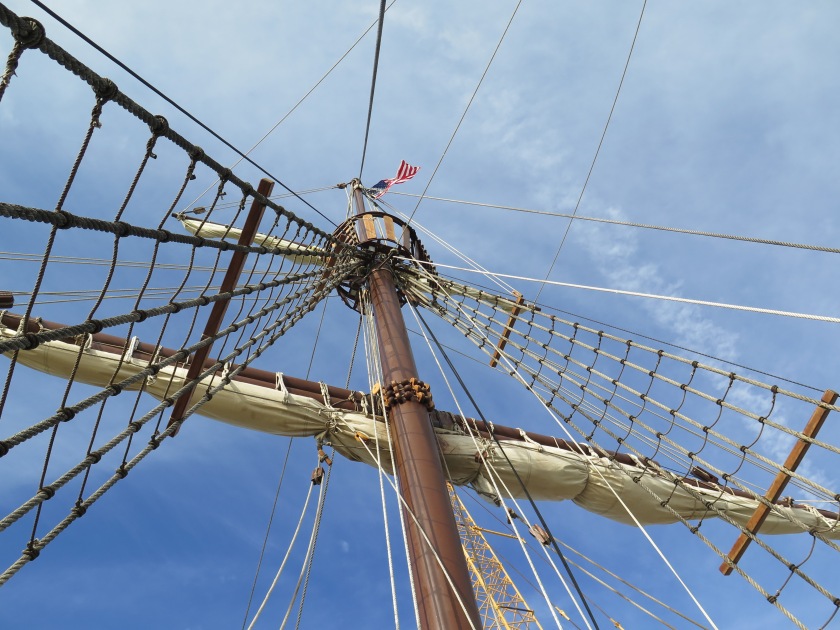 June 18, 2019 Maylee at Beyond Gumbo Interesting Stories and People, Tunes and Techniques Leave a comment

Several months ago a replica of the tall ship, Nao Santa Maria, docked in Baton Rouge. It was celebrating the 525th year anniversary of Christopher Columbus’ trip to discover the “New World.” That journey ushered in the settlement of the Americas and the era of tall ships. To celebrate the anniversary of October 12, 1492, the Nao Santa Maria was built and traveled across the Atlantic touring the East Coast and Gulf of Mexico for two years. I have included dulcimer tab for an English sea chantey that was popular during the years of tall ships and sea travel. It is in jig time.

Sea Chanteys  – “Blow the Man Down”

Sea chanteys (or sea shanties) were songs that sailors sang as they loaded and unloaded cargo on merchant ships and while hoisting sails and weighing anchors. They were a method for keeping groups of sailors — who performed all the work by hand — in unison. Often these were call-and-response songs. The rhythm of the song matched their work — often jigs or marches. Since the British ruled the seas, often the songs were jigs. There is a wealth of information about sea chantey’s on the internet; the history of these songs is well-documented. One fascinating monologue is, “Sea Chanteys and Sailor’s Songs,” by the Kendall Whaling Museum of Sharon, Massachusetts. 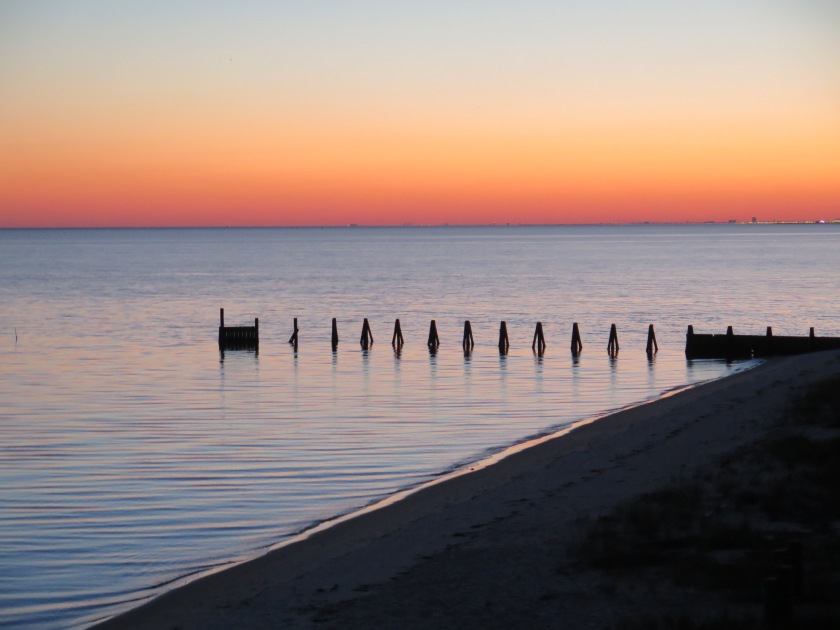 One of the most popular sea chantey songs is, “Blow the Man Down.” This song is a long-haul or long-drag halyard chantey and was used for hoisting the top sail — the heaviest aboard a square rigger. It is a one line call-and-response song.

The tune is in “jig time” or 6/8 time. Although this is an easy song to play on the mountain dulcimer, the strumming rhythm is tricky and requires a different technique from fiddle songs or many folks tunes. It takes a lot of practice to make a jig sound smooth and spirited on the dulcimer.

“Blow the Man Down” may have several meanings. A gust of wind may actually knock a man to the floor of the ship. Or more likely, this could refer to a fist fight which could have occurred on the ship; one reference said this phrase referred to lowering of the main sail. There are many versions of lyrics to “Blow the Man Down.” Here’s one version.

I’m a deep water sailor just come from Hong Kong
You give me some whiskey, I’ll sing you a song

There’s tinkers and tailors, shoemakers and all
They’re all shipped for sailors aboard the Black Ball

Now, when the big liner, she’s clear of land
Our bosun he roars out the word of command

Come quickly, lay aft to the break of the poop
Or I’ll help you along with the toe of me boot

Pay attention to orders, now, you one and all
For see high above there flies the Black Ball

‘Tis larboard and starboard, on deck you will sprawl
For kicking Jack Rogers commands the Black Ball

The Black Ball Line refers to a “fast packet line” or a company of tall ships in the 1800’s. The goal of the company was to cross the Atlantic as fast as possible delivering mail in a quick fashion. The ships would leave Liverpool and cross the ocean in four weeks and return three weeks later. The Black Ball Line was popular with sailors as they were paid more quickly with the fast transit. The song makes reference to just coming in from Hong Kong — which referred to China Sea travel routes. 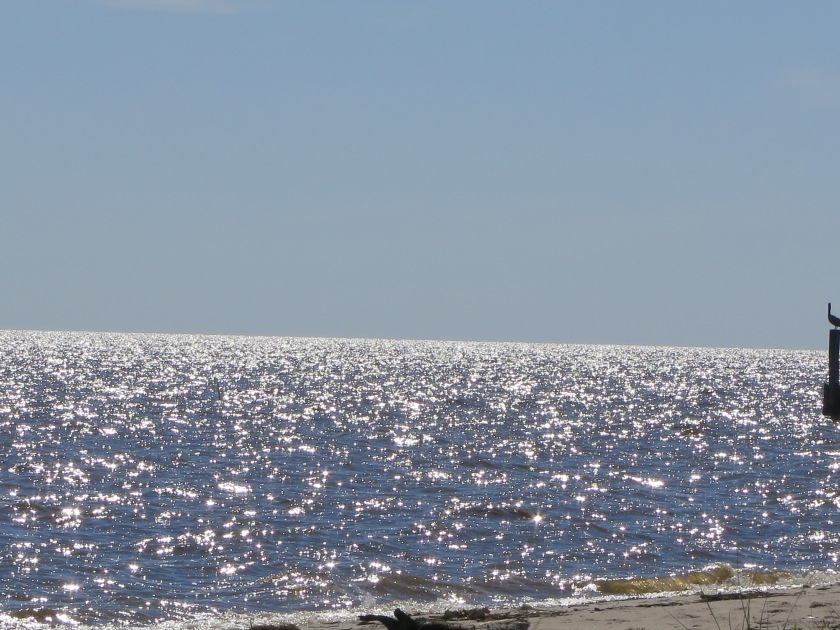 Strumming Pattern for a Jig on the Mountain Dulcimer

Jigs are written in a 6/8 time signature and are played spiritedly and quickly. The strumming pattern on the dulcimer must match this fast-paced rhythm. The most efficient and smoothest way to strum a jig on a mountain dulcimer is to use a back and forth strum on each beat of the measure, “air strumming” on beats which don’t have a note to play. It can be compared to a windshield wiper — which goes back and forth in a rhythmic manner regardless whether or not there is a raindrop on the windshield. Using this strum, the player can then syncopate some of the notes and easily give emphasis to the first beat of the measure by strumming harder and louder.

Although this seems like a simple strumming pattern; it takes alot of practice to become proficient in the back and forth strum. I’ve seen many dulcimer players attempt to strum each beat in an “outward” manner. This results in a choppy pattern and it is difficult to obtain a syncopated and “loud-soft” rhythm.

Here is a PDF version of “Blow the Man Down.” Download, play and enjoy!

Bow the Man Down

And in April, we visited the a bay along the Gulf of Mexico along the Mississippi coast. It reminded me of the view that the early “tall ship” crews must have encountered when reaching this side of the Atlantic ocean. Very little has changed along this stretch of the Gulf of Mexico in the last century or two. 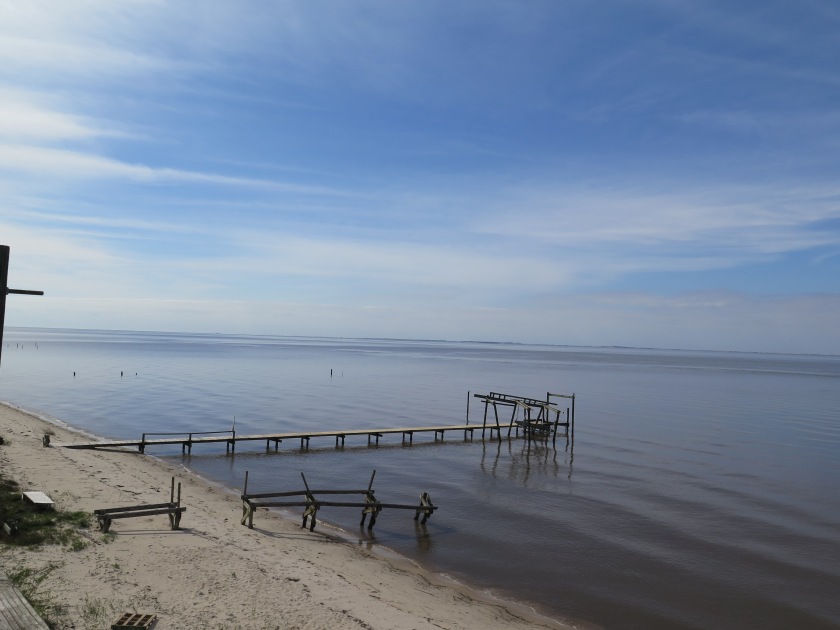