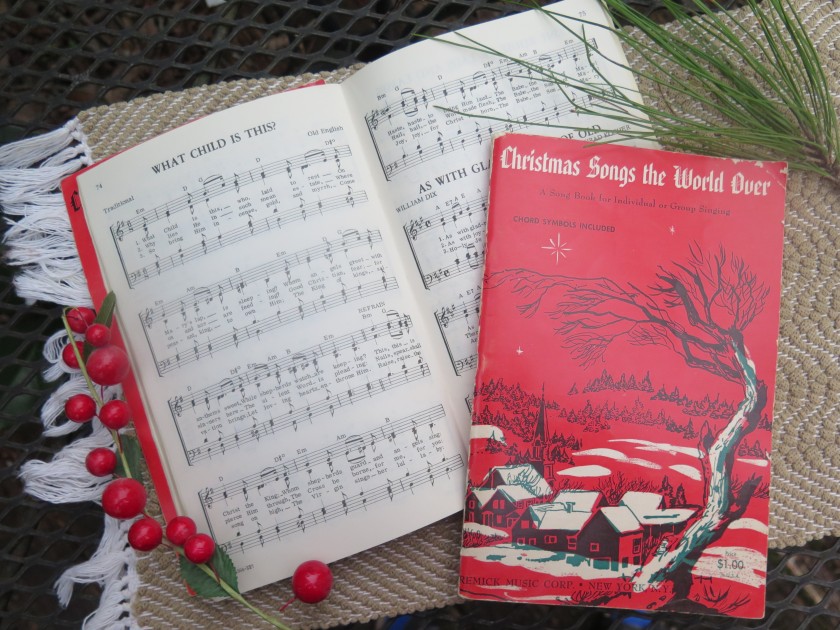 Here’s a simple “Do It Yourself” project for the dulcimer lover in your family. This easy-to-make tri-fold music holder is something that most dulcimer players would be excited to have. Most of us have some sort of music stand to hold dulcimer tablature music and notebooks. But when a song has three pages, the third page often has a tendency to fall off the stand. This tri-folder music holder solves the problem. It opens out so that three pages of music fit on the music stand. And in the spirit of Christmas, I have am sharing a beautiful Christmas carol, “What Child Is This,” based on the English folk song, “Greensleeves.” 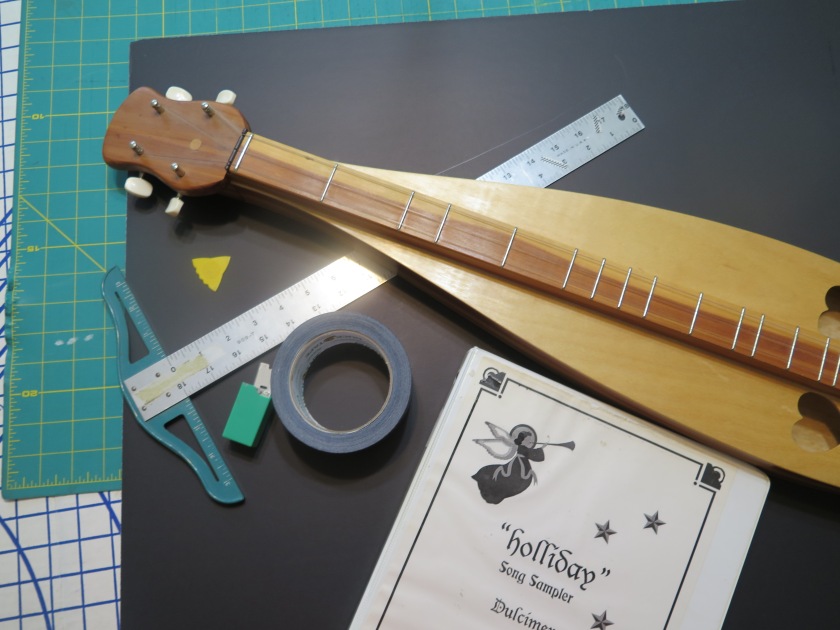 What a problem — holding 3 sheets of music at the same time. It’s a balancing act so that the dulcimer player can see the music all at the same time without flipping pages.

The solution is to make a tri-fold music holder. This is a simple project, you need only two materials — a black foam craft sheet (22′ x 28″) and black duct tape. The foam sheets are easy to find at drug stores and craft stores. They must used for school projects extensively here — I guess, there was a large supply of these foam boards when I checked.

For supplies, you need a straight edge or yard stick and either scissors or razor blade. I used a quilting mat to help measure the large foam craft board.

I tried several ways of cutting the foam board (22″ x 28″) to make the music holder. I tried making one with four segments, but that one is too hard to hold on a dulcimer music stand. So I recommend making a tri-fold music holder. In this case one foam craft sheet makes two music holders. And it folds neatly and fits in the pocket of a dulcimer bag.  The dimensions of the folded music holder are 9″ x 11″ which will hold a standard size notebook. 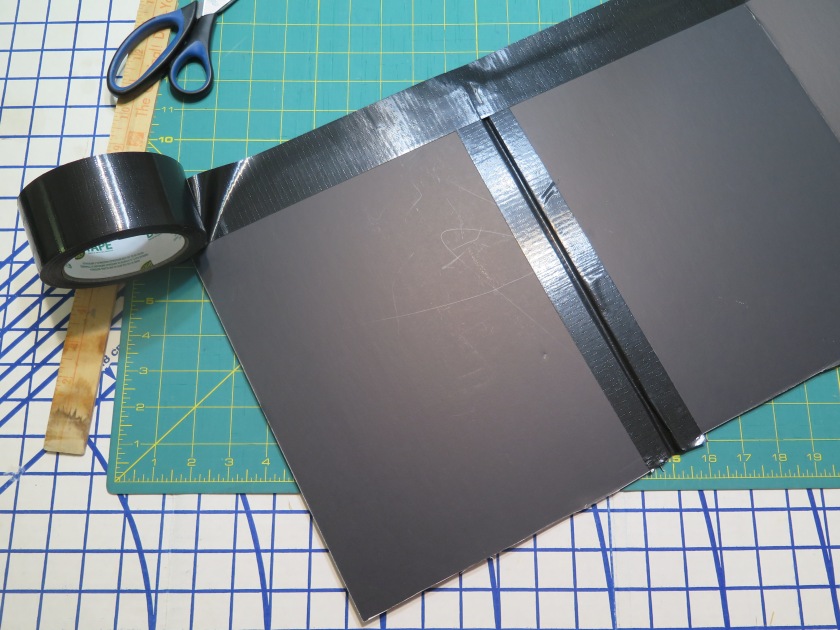 To make the 3-fold music holder, cut the craft board lengthwise into two 11″ x 28″ pieces. Use these to make two tri-fold music holders. Evenly mark one of the pieces in thirds. On the left-hand piece, cut through partially the craft foam board, so that the two pieces will fold together like a book. Cut the third piece on the right side entirely off. Use duct tape to connect the pieces and to cover the all edges. Place the third piece far enough away from the edge so that it will fold in towards the center like a book. Reinforce the partially cut left-hand piece so that it is stable with a piece of duct tape placed down the partially cut edge.  Make a second tri-fold music holder using the other half of the foam craft board.

Here is my first attempt, a four-fold music stand. I made this one to fold like an accordion. However, it’s better if both pieces fold in towards the center. It will be stabler. 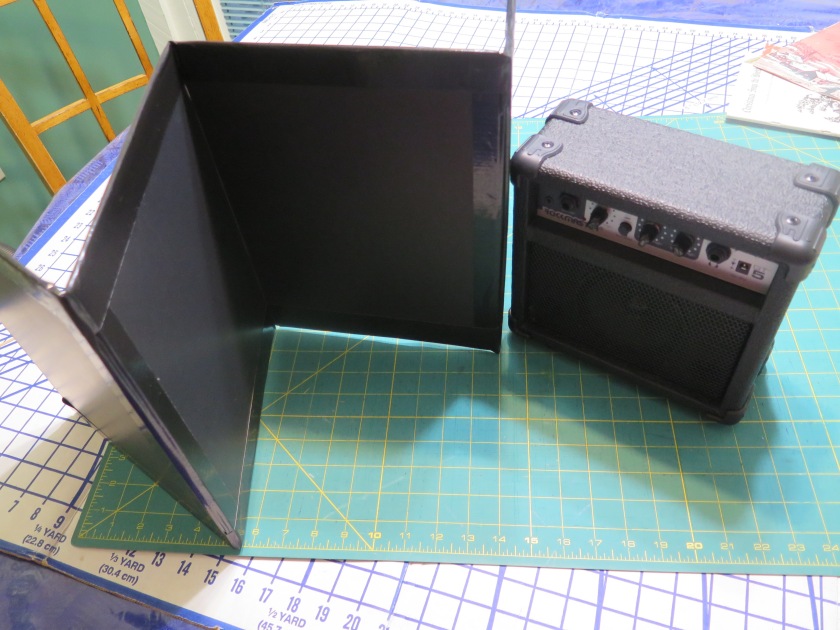 And while you are at it, give your dulcimer friend a small portable amplifier. It’s great for practice and helps with playing cleanly and with clarity. And it is good for gigs.

What Child Is This?

This hauntingly beautiful carol has several tune variations. And which variation is correct? I believe that is purely a matter of individual preference. This is an old, old tune which inevitably has been modified over time. The tune is a modal song played in either the Aeolian or Dorian mode.  In both these modes, the tune begins on the first step of the scale, “re” pitch rather than the “do” note. This makes the sequence of whole and half notes slightly different from the major scale we that are used to, giving the song a medieval or Renaissance feel.  (The Dorian mode uses a C# note and the Aeolian mode uses the C natural note.)

The lyrics to “What Child Is This?” were written by William Chatterton Dix in 1865. He was an insurance salesman who suffered a severe and debilitating illness. While recovering, he had a spiritual renewal and wrote several hymns including the lyrics to this one.

The song is set to “Greensleeves” which is a traditional English folk song and tune. A broadside ballad by the name, “A Newe Northen Dittye of ye Ladye Greene Sleves”, was registered by Richard Jones at the London Stationer’s Company in September 1580. The song is found in late-16th-century and early-17th-century sources and broadsides of the times. It is a beautiful melody; just right for this Christmas carol.

There are several ways to play this song on the dulcimer. This my DAD version, the tune is played without a capo. This allows the dulcimer player to reach the D note on the melody string. The Key is Em beginning on the first fret.  Use barre chords to form the chords. The version uses both the “6th” fret and “6-1/2” fret.

The song is in 6/8 time, with lots of dotted eighth notes. Strum back and forth across the strings to play these groups of 3 eighth notes and play with a “lilt.” The song also sounds nice when it is finger picked — either the melody notes or just the chords.

Play gently and with emotion.

Here is a PDF file that you can download and play. Enjoy!

What Child is This

[Verse 1]
What child is this who laid to rest
On Mary’s lap is sleeping
Whom angels greet with anthems sweet
While shepherds watch are keeping
This, this is Christ the king
Whom shepherds guard and angels sing
Haste, haste to bring him laud
The babe, the son of Mary.

[Verse 2]
Why lies he in such mean estate
Where ox and ass are feeding
The end of fear for all who hear
The silent Word is speaking
This, this is Christ the king
Whom shepherds guard and angels sing
Haste, haste to bring him laud
The babe, the son of Mary.

[Verse 3]
So bring him incense, gold and myrrh
Come peasant king to love him;
The king of kings salvation brings
Let loving hearts enthrone him
This, this is Christ the king
Whom shepherds guard and angels sing
Haste, haste to bring him praise
The babe, the son of Mary.