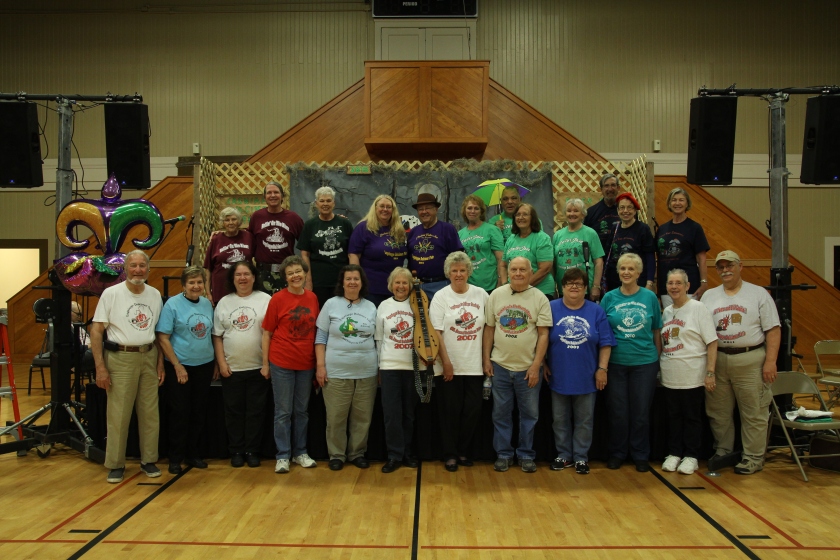 May 24, 2016 Maylee at Beyond Gumbo Fete, Mountain Dulcimer Tablature Leave a comment

What a milestone this year for the Lagniappe Dulcimer Society: This is our 15th year of hosting a highly successful dulcimer festival. It is alot of work and effort with an all-volunteer organization and staff but the festival always turns out well. It is a chance to meet new and old friends, jam, play music and listen to some good musicians. 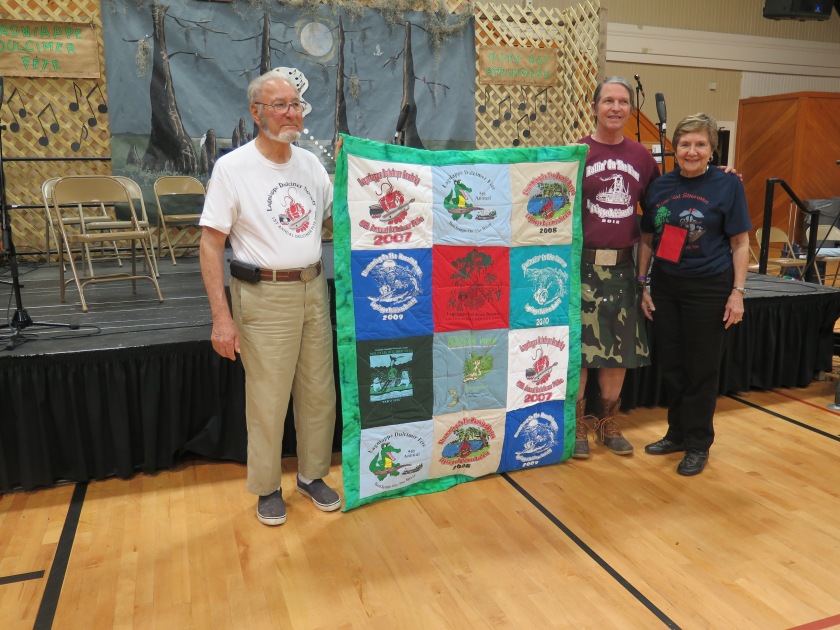 Each year we design a T-shirt revolving around the chosen theme. One of our club members made a quilt out of old fête T-shirts which was raffled off. Here is Charlie LeBlanc, left, who gave us the idea of coming to the Port Allen Community Center and adjacent museum for our fête. He chaired the first fête and is wearing the first year’s T-shirt. Right is Willie Sager who won the quilt and Peggy Broussard, who is wearing this year’s T-shirt.

Helen Bankston, President and Co-Chairman of many of the fêtes had the idea of photographing each year’s T-shirt. Essentially a documentary. Good idea. Here are all the fêtes in T-shirts. 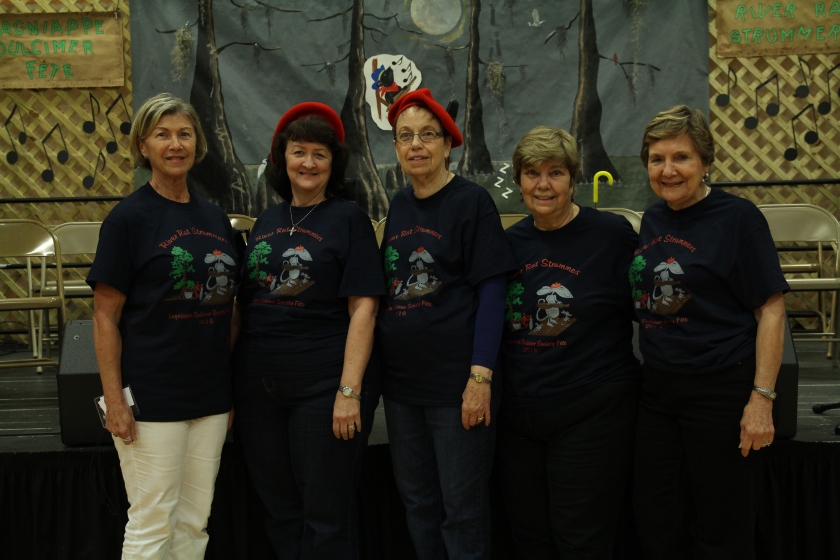 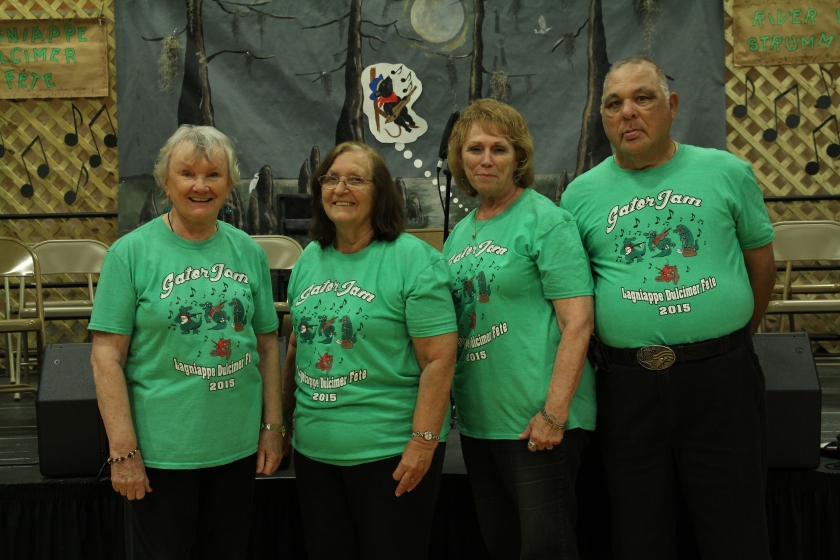 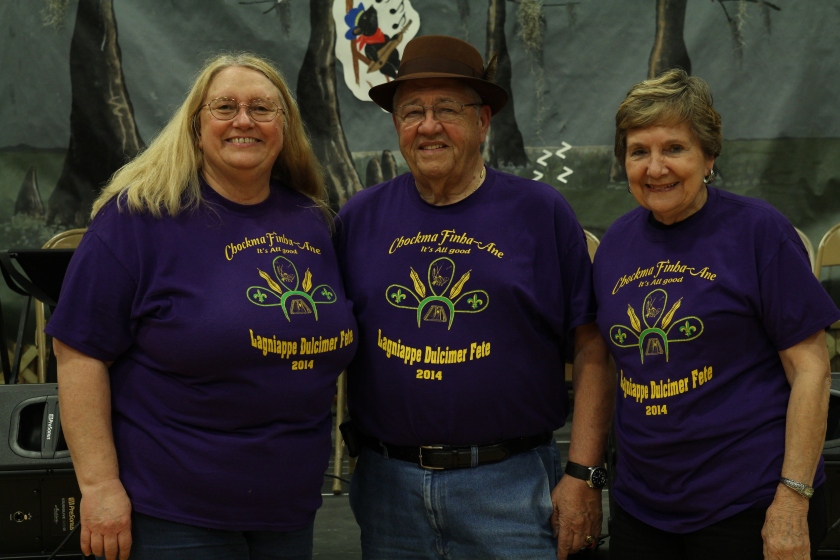 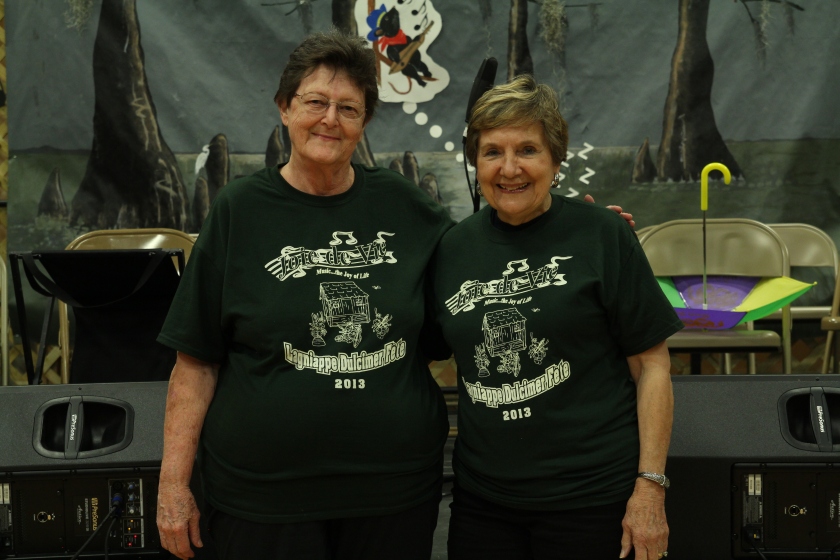 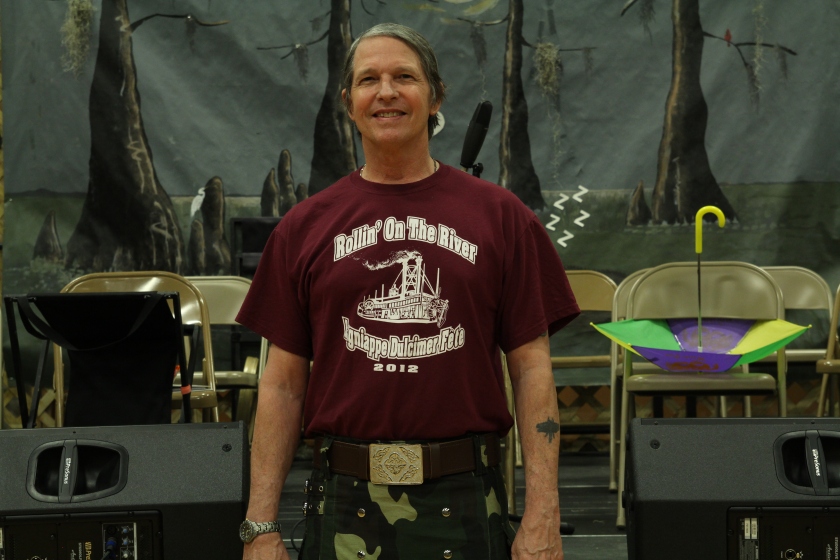 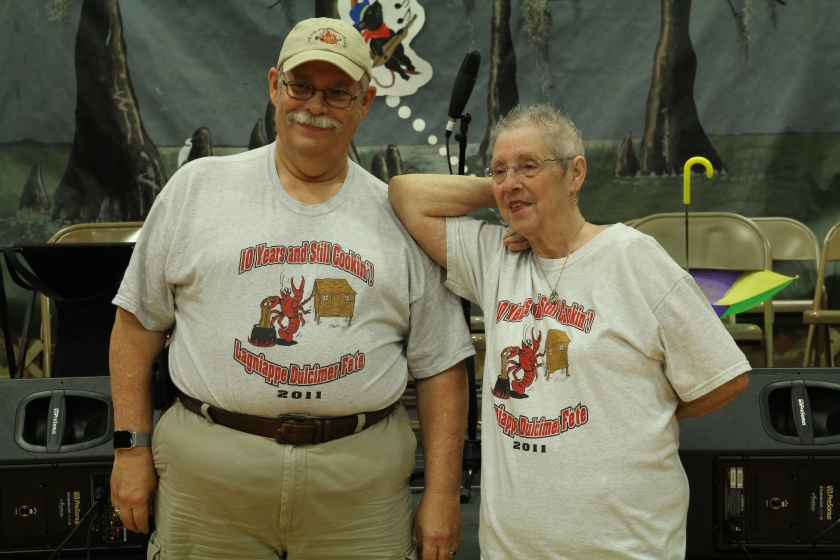 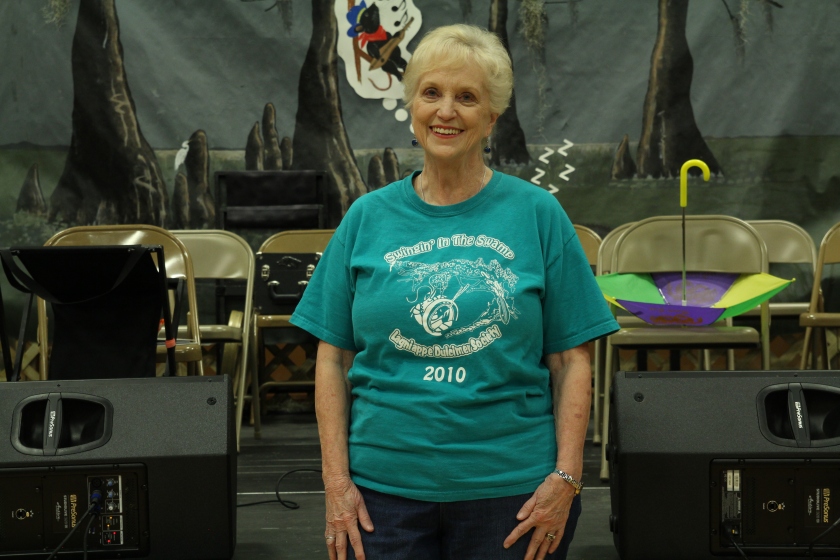 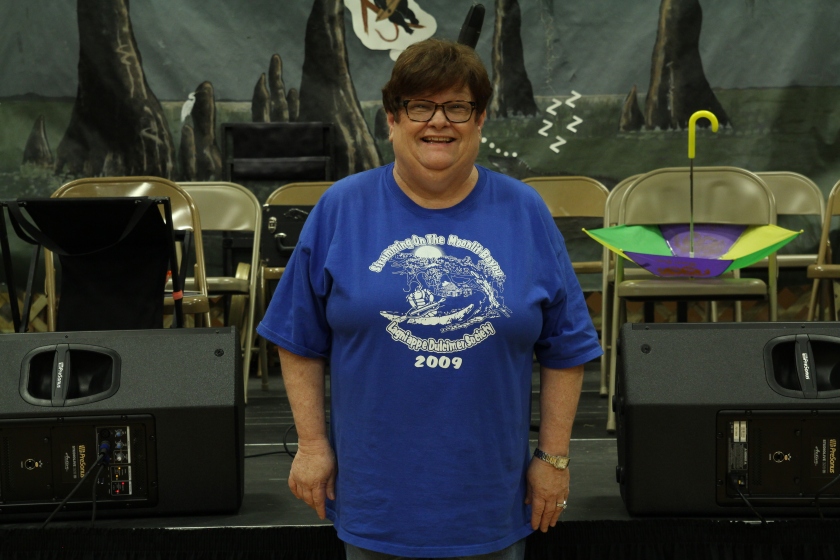 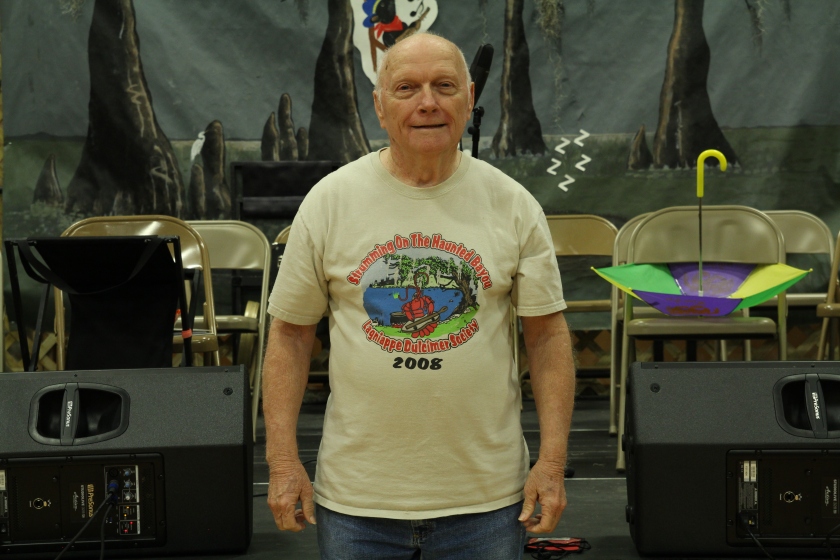 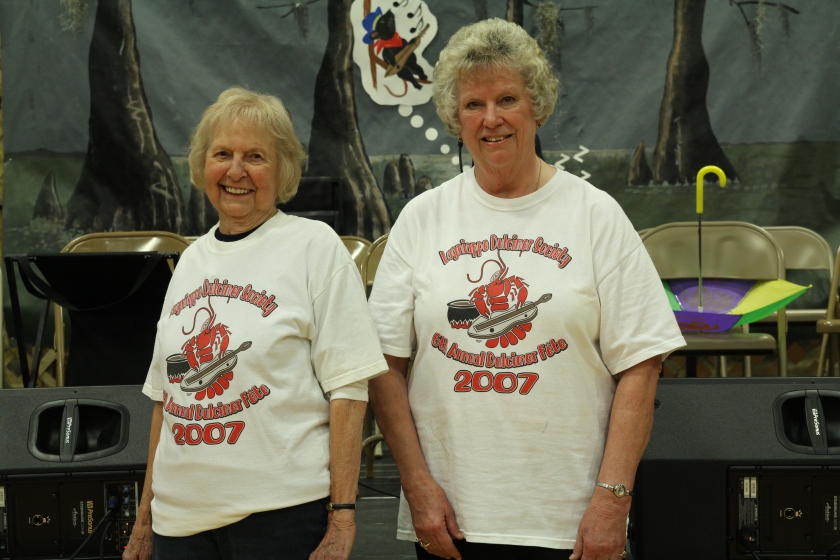 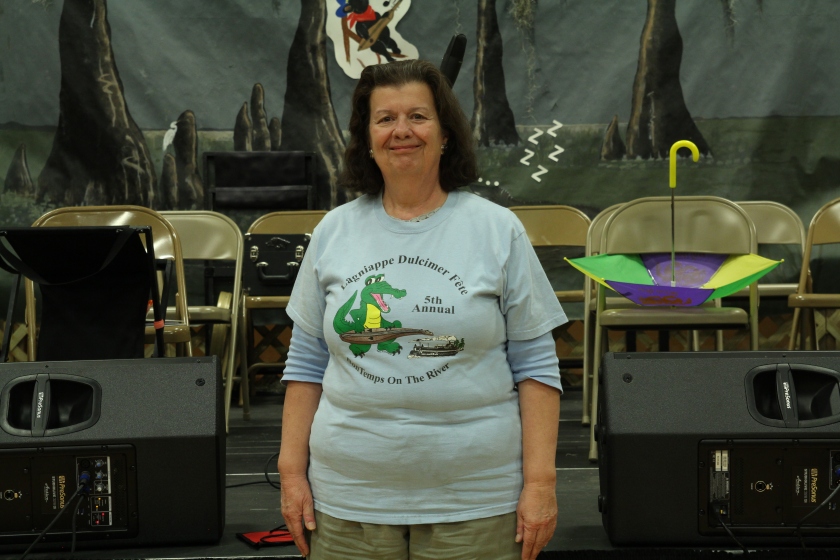 Helen Bankston models the T-shirt for the 4th fête. 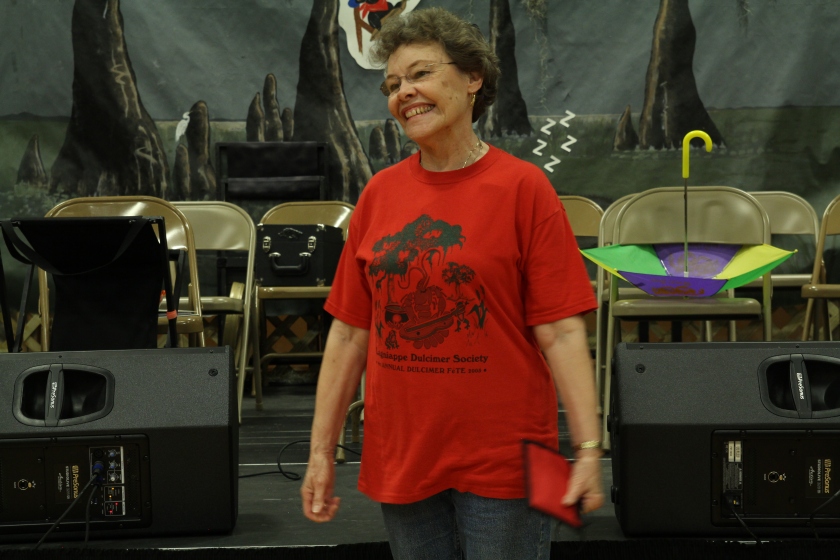 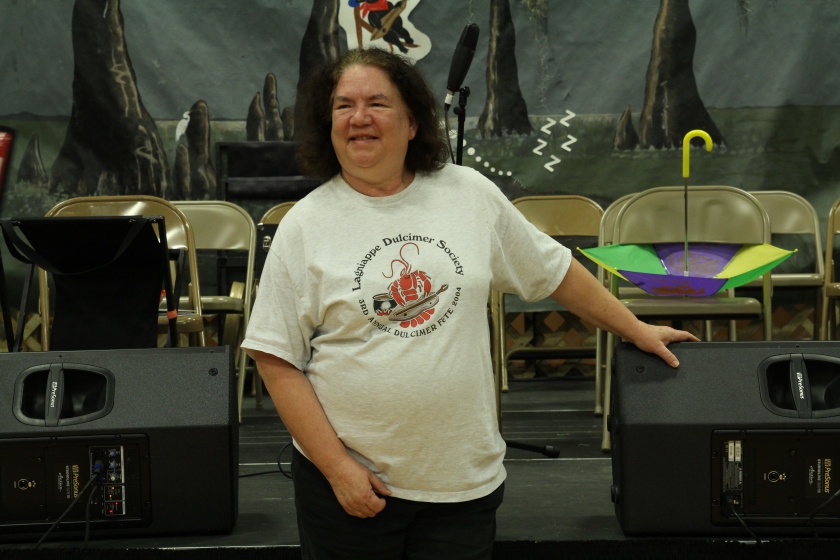 Peggy Broussard wears this T-shirt. Incidentally, this was the only year the fête was not held at the Community Center and museum do to re-modeling of the museum. It was held at Port Allen High School. 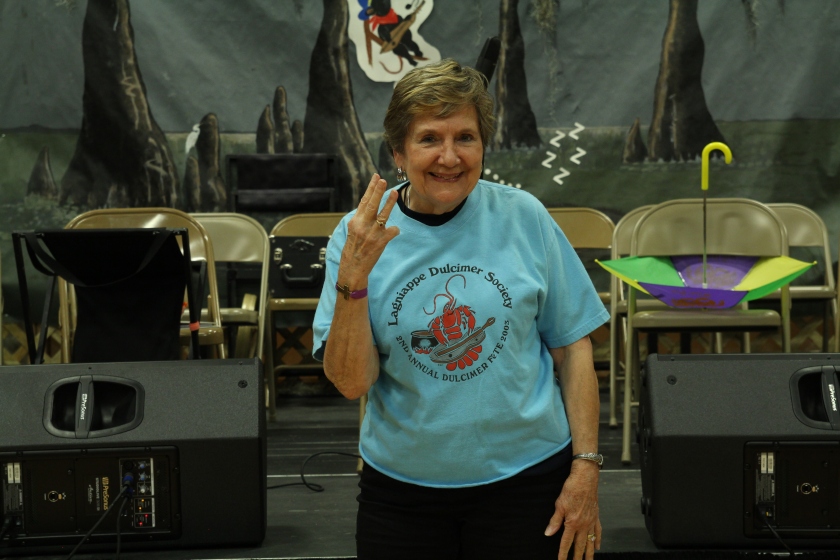 Maylee Samuels, Charlie LeBlanc (who got us off the ground with the fêtes) and Peggy Broussard wear T-shirts. 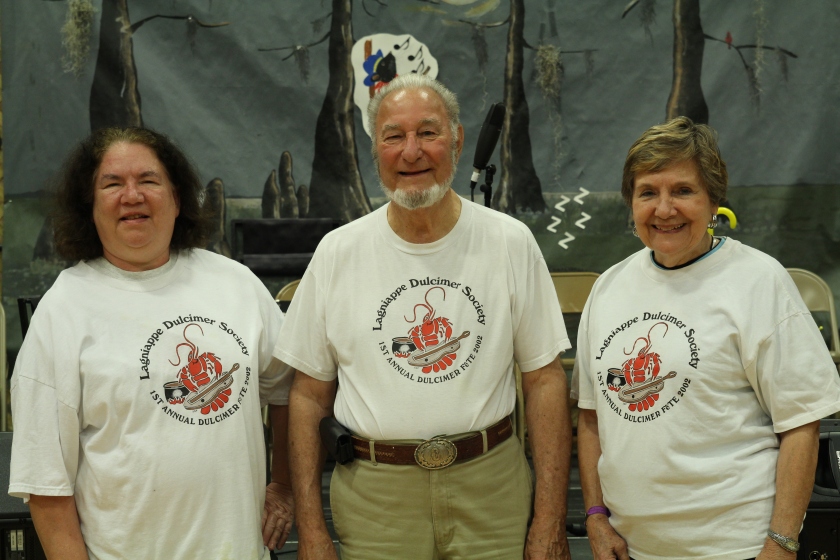 Here we are with T-shirts from all the years. We’ve had some great times. 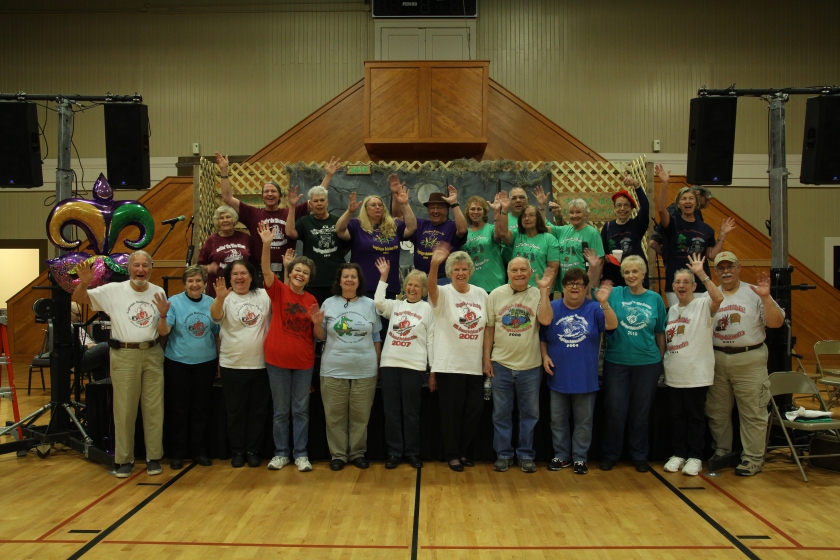 And thanks to all club members who joined in to model the T-shirts for each year and to Ben Samuels for doing the photography.